The reading runs from 5-6 p.m. and is free and open to the public. This event is made possible thanks to generous support from Carole Weinstein. 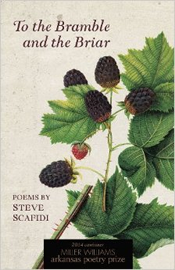 Scafidi is the author of Sparks from a Nine-Pound Hammer (Louisiana State University Press, 2001), For Love of Common Words (LSU 2006), The Cabinetmaker’s Window (LSU 2014), To the Bramble and the Briar (University of Arkansas Press, 2014) and a chapbook Songs for the Carry-On (Q Avenue Press, 2013).

He has won the Larry Levis Reading Prize, the James Boatwright Prize and the Miller Williams Prize. His poems have appeared in numerous journals and anthologies, and he has taught at several universities including, most recently, in the Writing Seminars at Johns Hopkins University. He works as a cabinetmaker and lives with his family in Summit Point, West Virginia.