The Make Space mentoring program at the Visual Arts Center of Richmond gave Courtney Lebow the confidence to pursue middle school art education and the chance to make a new friend.

Courtney was paired with her 11-year-old mentee, Danielle, during the 2016-17 cycle of Make Space, a program that brings sixth-grade girls from Anna Julia Cooper Episcopal School together with Richmond women for a year of mentorship and art-making.

One year later, Lebow is finishing her master’s degree in art education at Virginia Commonwealth University and she’s stayed in touch with Danielle, who is now 13 years old. 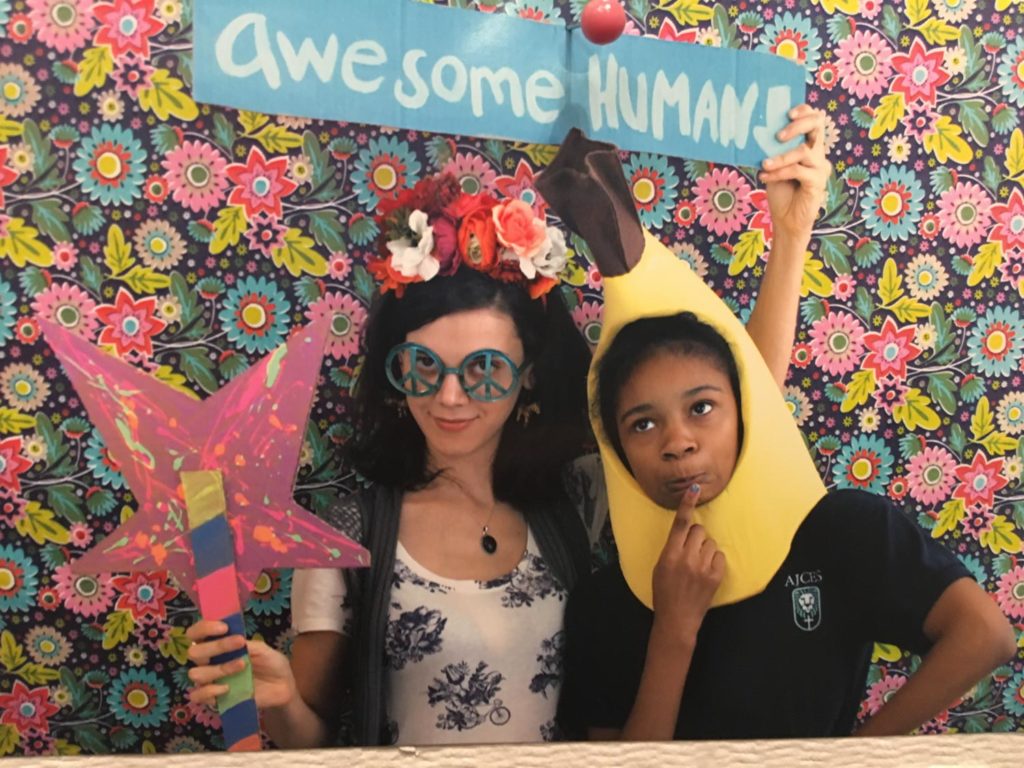 Danielle and Lebow’s gregarious personalities were an instant match and the pair bonded over Danielle’s interest in the arts.

“We were kindred spirits right from the start,” Lebow said.

Lebow has undergraduate degrees in photography and cultural anthropology and she’s taught a variety of classes at VisArts. She said it was exciting to see Danielle develop a curiosity about the arts and it was rewarding to help her explore several visual media.

As part of the Make Space program, big/little pairs meet on Thursday evenings between May and September to create art together in VisArts’ studios. Lebow and Danielle completed a laundry list of art projects over the course of the 10-month program. The artwork that Make Space women and girls make together—such as throw pillows, lap desks and self-portraits—are saved until year’s end, when each girl receives a bedroom makeover.

Creating art with a middle schooler was a great experience for a teacher in training, but Lebow is even more grateful for the genuine friendship she gained.

“She’s just such a lovely kid who is so positive,” she said. “She was often the one who lifted me up after a long day in class.” 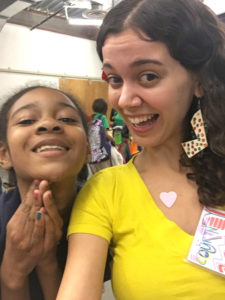 VisArts is celebrating the end of the 2018 Make Space program with a closing ceremony on Thursday, May 10 at 5 p.m. The center launched the program in the fall of 2008, and since then, it has affected the lives of almost 200 women and girls.

“I would encourage other women to sign up for this beautiful, transformative experience,” Lebow said. “Danielle and I developed a strong connection and I was also able to forge a connection with her family and community in a way that I wouldn’t have been able to otherwise.”