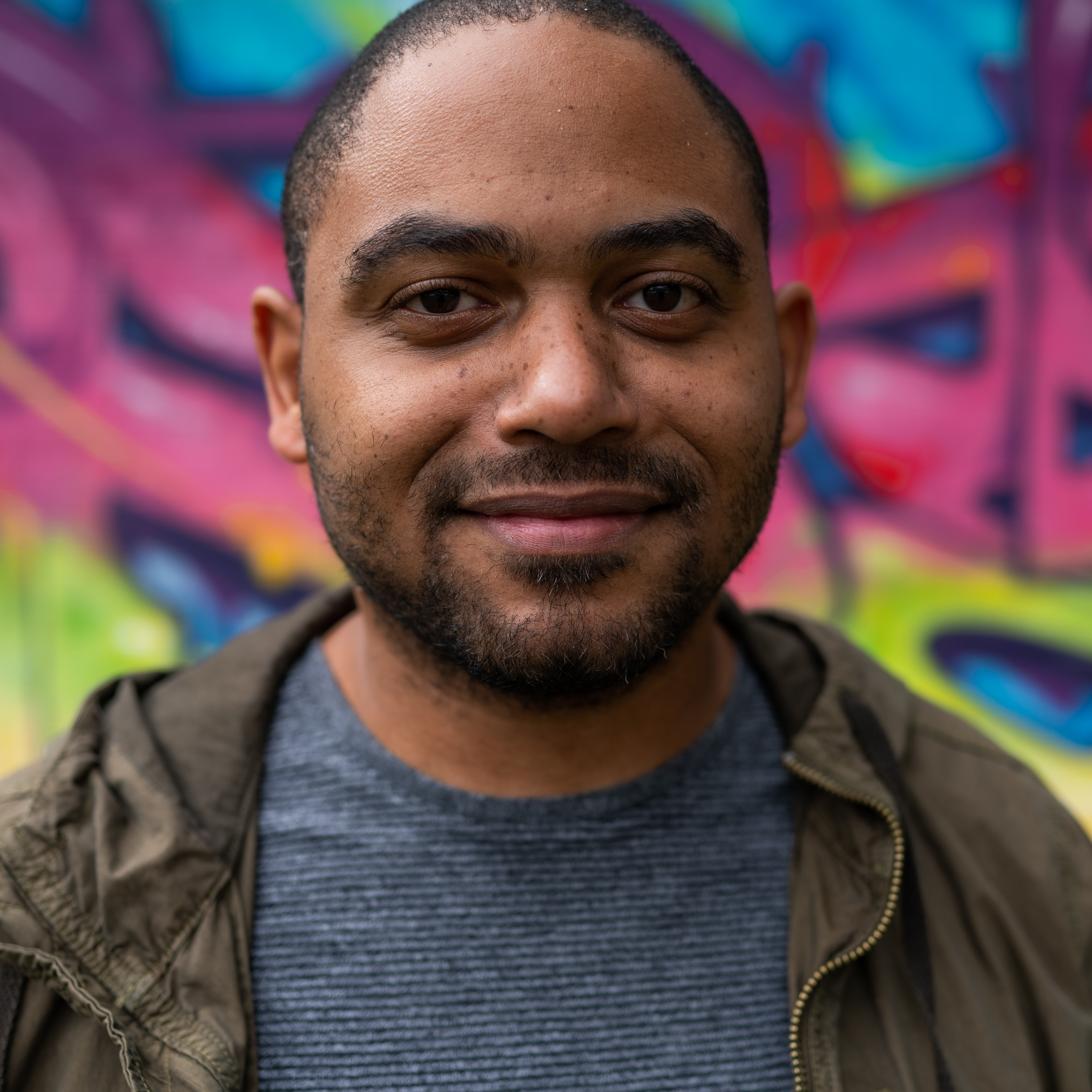 Theodore Taylor III is an artist living in Richmond, Virginia with his wife Sarah and son Theo. During the day he works as a front-end web developer while also maintaining a career as a children’s book illustrator in his free time. His work is inspired by his love of music, comics, animation, video games, street art and more.
In 2014 he received the Coretta Scott King John Steptoe New Talent Award for his work in When The Beat Was Born: DJ Kool Here and the Creation of Hip Hop. In 2015 the book also won the Texas Bluebonnet Award.
Website: http://www.theodore3.com
Twitter: @tedikuma
Instagram: @tedikuma