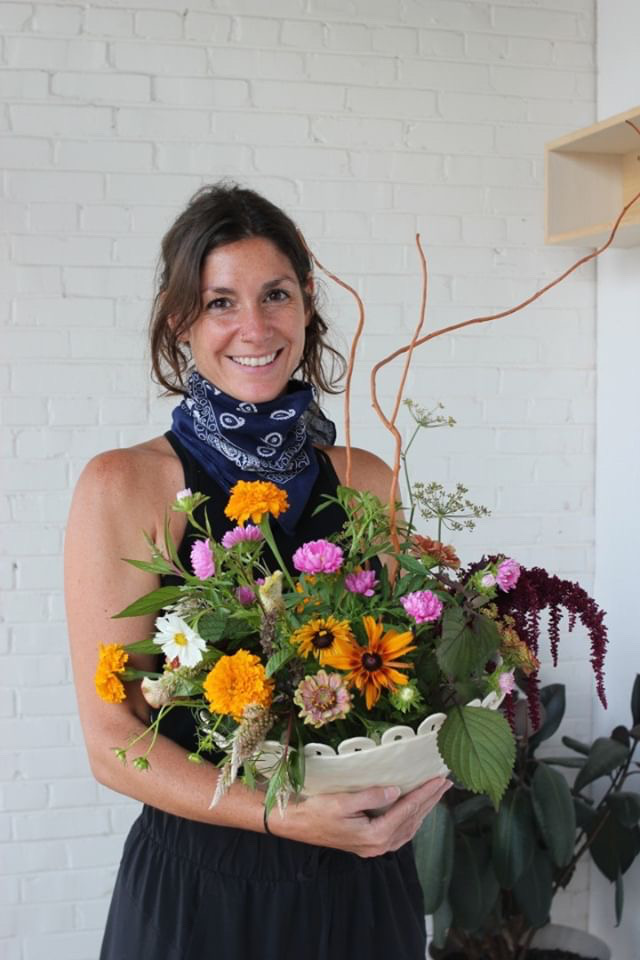 Joanna Gragnani is from Richmond, VA and discovered clay her freshman year of high school and became immediately hooked. Throughout college at University of Virginia she studied art history, but came back to clay when she moved to Seattle, WA and began taking classes again through Pottery Northwest and Seward Park Clay Studio. After returning to Richmond, Joanna rediscovered the Visual Arts Center and started taking clay classes there, as well as interning in the clay studio. This led to becoming a member of the Old Tavern Kiln Collective and building a wood kiln in New Kent, VA. She loves the community aspect of ceramics and finds inspiration in fellow clay artists. Joanna currently works out of her space at Blue Dot Studios, and she focuses on hand building and creates organic, asymmetrical forms. Her ceramic business is Objects Arsenal.