The Visual Arts Center of Richmond opened its doors to over 370 guests for its 36th Annual Collectors’ Night gala. This was the first major in-person event the organization has hosted since March 2020. VisArts’ unexpectedly exceeded its fundraising goal by over $50,000, making this Collectors’ Night the most successful fundraiser in the organization’s 58-year history.

Over 60 individual art pieces were up for auction that night including new works by beloved Richmond artists: Matt Lively, Frankie Slaughter, Paul DiPasquale and Diego Sanchez. Works from artists new to Collectors’ Night were also donated to the cause including pieces by Sayaka Suzuki and Seth Bauserman. More than a few works incited a bidding war, but a large-scale painting titled 5 “o” Clock Shadow on the Huguenot Bridge by Andras Bality took top bid, coming in at just over $16,000.

“We had an amazing night, and it wouldn’t have been possible without the generosity of our community, our sponsors, our volunteers and staff,” says Lizzie Oliver, VisArts’ Director of Development,“ this year’s theme was ‘Art More Than Ever’ and the success of this year’s Collectors’ Night confirms the impact of our mission, to celebrate and support the creative life of all people and the work we do to increase access to VisArts.”

VisArts’ Collectors’ Night gala also honored its very own Jude Schlotzhauer as its newest Shelly Sheperd Master Teacher Award recipient and Patty Wilkerson as the Distinguished Service Award recipient; an honor that goes to a longtime friend of the organization who has demonstrated a sustained and extraordinary commitment to the organization. VisArts has presented the Distinguished Service Award since 1987 and past recipients include Bill and Pam Royall, Brian Jackson, Carter Reid, Priscilla Burbank, Rhona Arenstein and Kathryn Gray, among many others. 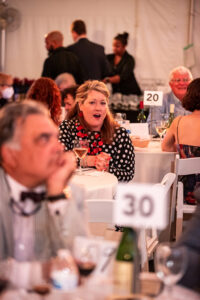 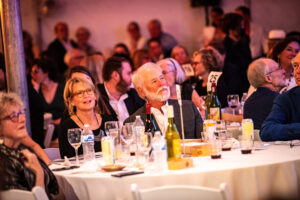 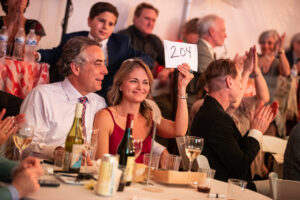 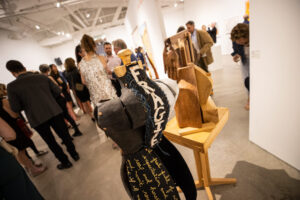 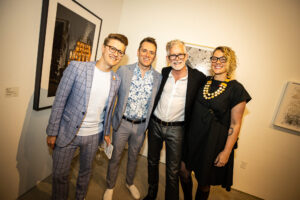 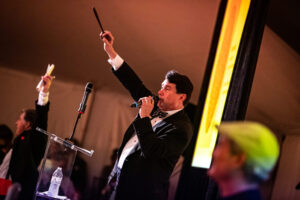 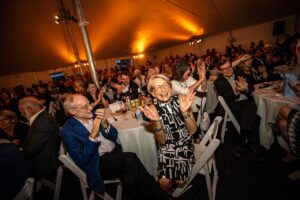 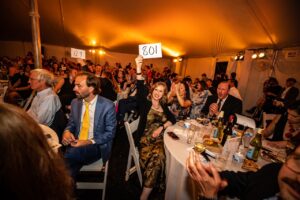 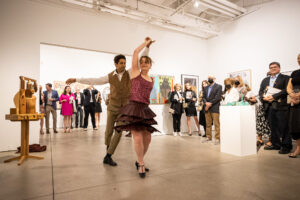