Richmond, Va. (Sept 1, 2021) The Visual Arts Center of Richmond has three visual artists and one creative writer beginning their 11-month residency at VisArts. Together, they make up the second cohort of VisArts’ Annual Artist Residency Program.

Launched in the spring of 2019, the residency program is funded in part by a grant from the National Endowment for the Arts and the Windgate Foundation and makes it possible for the center to invite several emerging artists to spend almost a year making new work on site.

Amarise Carreras, Eric Rivera Barbeito, Sayaka Suzuki, and Laura Chow Reeve will begin their residency at VisArts on Sept 1, 2021. Their work will be included in a group exhibition set to run at VisArts in Spring 2022, midway through their residency. 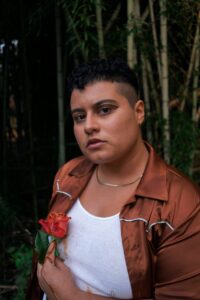 Amarise Carreras is a photo-based performance artist from Queens, New York City. They received their BFA in Photography and Film from Virginia Commonwealth University in 2018. They examine their past and present history through co-writing narratives that center their matriarchal lineage. They explore identity within their diasporic experience through installation, performance, and documentation.

During their time at VisArts, Careeras hopes to photograph a new series and work on performative still life pieces that reference alter studies they’ve done in the past. 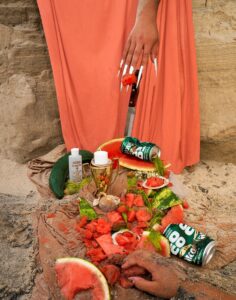 “I have been reflecting on the phrase, Patras y Palante (Going back and moving forward) in Puerto Rican Spanish slang as a working title to reflect on my experience. I would be eager to see what kind of setups I could develop, both with having a physical space to do so and working on them over the time that the residency will last.”

Amarise is showing at Wallworks NY in the Bronx, and is featured in Aperture Magazine’s Winter 2020 issue, “Utopia.” They are a recipient of En Foco’s 2021 Photography Fellowship. 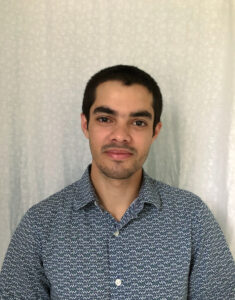 Eric Rivera Barbeito (b. 1994) integrates a multidisciplinary practice to highlight concepts describing Puerto Rico’s social-political relationship with the United States. Born in San Juan, Puerto Rico, he received his BFA from the Maryland Institute College of Art in 2017, and relocated to Richmond, VA, where he currently lives and works. Rivera Barbeito was an Artist-in-Residence at the Vermont Studio Center and ACRE, and has been included in group exhibitions at Towson University, School 33, Terrault Contemporary and Tiger Strikes Asteroid Philadelphia.

Eric Rivera Barbeito (b. 1994) integrates a multidisciplinary practice to highlight concepts describing Puerto Rico’s social-political relationship with the United States. Through a multidisciplinary approach that employs sculpture, painting, drawing, and digital media, his work addresses the cultural, political, and economic aspects of U.S.-Puerto Rico relations and its impact on a personal level. Barbeito’s work focuses on the portrayal of concepts such as designed inefficiency, inequality, imperialism, and colonialism. 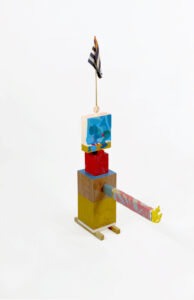 Born in San Juan, Puerto Rico, Barbeito received his BFA from the Maryland Institute College of Art in 2017, and relocated to Richmond, VA, where he currently lives and works. Rivera Barbeito was an Artist-in-Residence at the Vermont Studio Center and ACRE, and has been included in group exhibitions at Towson University, School 33, Terrault Contemporary and Tiger Strikes Asteroid Philadelphia.

“The time and space granted by participating in the residency program at the Visual Arts Center of Richmond will allow me to continue grounding my practice in rigorous investigation and to find the ways in which a conceptually based visual arts practice converges with that of functional object making.” 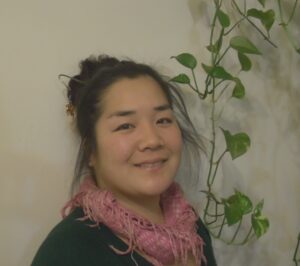 Originally from Yokohama, Japan, Sayaka Suzuki has been residing in the US for the past 30 years; her works are about this dual identity exploring both her adopted culture and heritages of the island country. She received her BFA from Tulane University in New Orleans and her MFA from Virginia Commonwealth University.
Suzuki’s work examines her Asian immigrant/emigrant identity and recognizes ways to bring attention to the emotional experiences involved. Her ultimate goal for her time at VisArts is to create a body of work that captures her research into the history of Japanese-Americans in Richmond and her personal interest in broadening the ideologies and mythologies behind immigrant identity. “Immigration affects us all – in our past, in our present, and our future. This residency will provide me with the time and space to search, explore and actualize this venture- the affects and effects of immigration.” 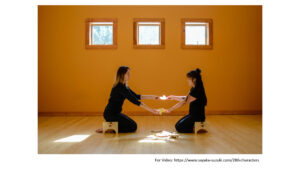 Suzuki’s works have been exhibited nationally and internationally including solo exhibitions at the Virginia Museum of Contemporary Art and Pensacola Museum of Art (FL) and include group shows at the Washington Project for the Arts-Corcoran (DC), New Mexico Museum of Art ,Czong Institute for Contemporary Art (Korea), and Museo Crocetti (Italy) among others. Suzuki is a recent recipient of the Virginia Museum of Fine Arts Fellowship and was a recent fellow at the Vermont Studio Center. She continues to teach at The Virginia Commonwealth University as well as workshops around the country. She currently lives on a mini-farm outside of Richmond with her partner, dog, and 21 chickens making art and harvesting the riches. 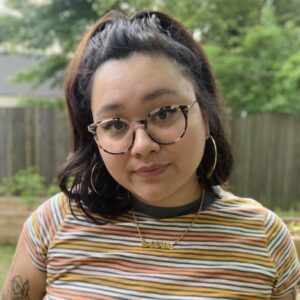 Laura Chow Reeve is a writer & illustrator based in Richmond, VA. Her fiction has been published in Catapult and The Rumpus and featured on LeVar Burton Reads. Laura was a winner of the 2017 PEN/Robert J. Dau Short Story Prize for Emerging Writers and has attended workshops at Tin House and VONA/Voices. She is currently writing a novel & collection of stories, dreaming & scheming for abolitionist futures, and supporting movement organizations & organizing through a graphic recording practice.

“The residency would provide private space and community to help push me over the finish line with these projects. While publishing has always been one of my professional goals, I am mostly hoping to connect with readers, to get my books in the hands of Asian American women, mixed-race queers, or anyone obsessed with Southern ghosts and depictions of the end of the world.” 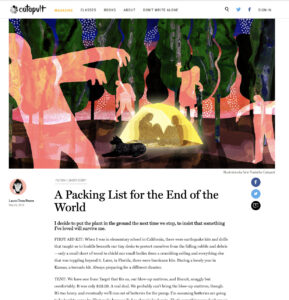 VisArts’ Annual Artist Residency Program is geared at emerging artists who are establishing their careers and need time and space to develop their creative practice. VisArts provides residents with private studio spaces, access to communal studio space as well as a $5,000 honorarium and other benefits.