The Visual Arts Center of Richmond (VisArts) and Glave Kocen Consulting present an exhibition of work by Matt Lively and Ed Trask titled “Blip of the Moment”. This joint show will open on Friday, September 17, with a public reception from 5-8 p.m. in the outdoor Cabell Courtyard at VisArts. The artist talk begins at 6 p.m. The exhibition will be on view at the Visual Arts Center of Richmond’s True F. Luck Gallery until October 24, 2021; masks are required inside the building. 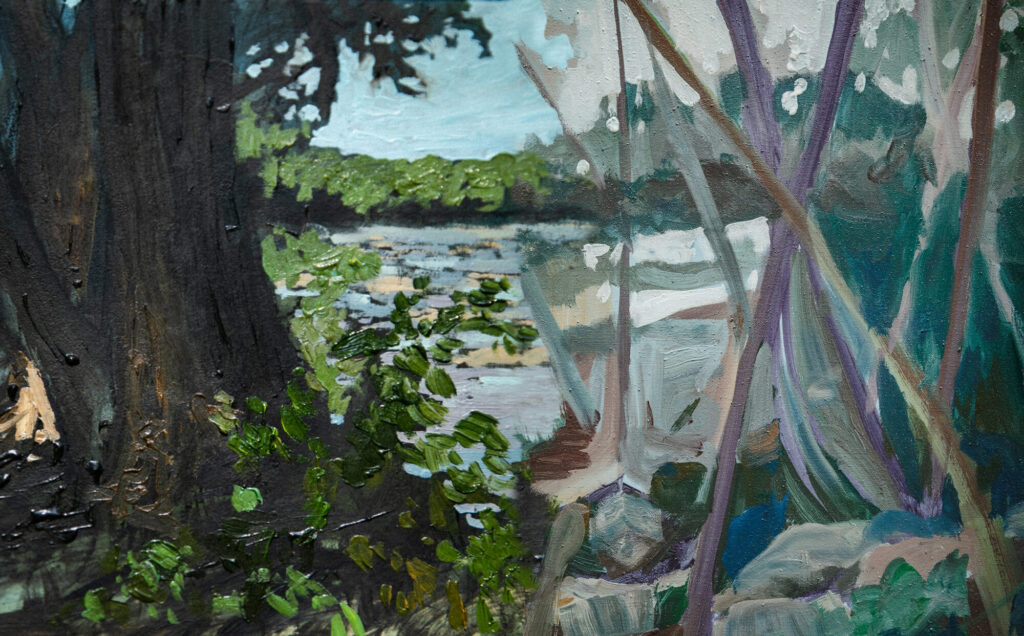 Blip of the Moment is the culmination of Matt Lively and Ed Trask’s connections to the metaphysical world, a period of deep introspection and reflecting upon their beloved home of Richmond, Virginia. Through a series of small blips in time, this show considers how we can stop what we are doing and experience what the natural world holds for us. 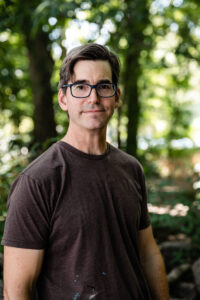 Matt Lively earned a BFA in Sculpture from Virginia Commonwealth University and has exhibited nationally and internationally innumerous solo, juried and group exhibitions. He has taught at VCU and the Virginia Museum Studio School, and currently operates his own classes, “Painting Outside with Matt Lively”. Lively serves on the board of 1708 Gallery, is a co-founder of the award-winning collaborative environmental sculpture duo, Lively/Harper, and is a contributing founding member of Ink Tank Lab. He serves as art director for various short independent films and is the producer of the documentary titled “Death”. He continues to be involved with several Richmond community projects, including Mending Walls, Artists of Hope and All In Together. Matt Lively is a recipient of the Theresa Pollak Prize for Excellence in the Arts and his work can be viewed in collections throughout the U.S., Canada, Europe, Australia, and China.

Ed Trask is a musician, painter, and muralist whose work has been collected into many permanent collections. Trask earned a BFA in Painting & Printmaking from VCU and while in school, he transformed many of the dilapidated buildings around Richmond City into his very own art gallery through painted murals. After graduating in 1992, he continued painting illegal murals around the world while on tour with his own bands and friends. Trask has since become involved with bringing creative changes to Richmond through public art. He co-founded the RVA Street Art Festival and served as a commissioner for Richmond’s Public Art Commission. He is a past board member of the Visual Arts Center of Richmond and has lectured and facilitated creative consulting programs for numerous corporations while working with community nonprofits to bring creative, inclusive public art throughout the city. Ed Trasks’ paintings and murals appear in many permanent collections, including the Modern & Contemporary Art Collection at the Virginia Museum of Fine Arts. 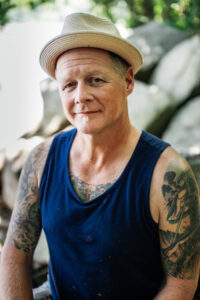 Ed Trask will be working on a few large paintings for the upcoming exhibition from his studio in downtown Richmond. Additionally, you can expect to see paintings and sculptural art from Matt Lively at the exhibit. Lively works from his studio in Moseley, just outside the river city. At the heart of these two celebrated artists’ work is their stomping grounds of Richmond, Virginia. For Trask, inspiration also comes from night walks through alleyways in the Fan and walks along the Pipeline and North Bank trails.  Both Trask and Lively draw inspiration from the James River, baseball fields, and most importantly – each other. During this period of universal struggle in experiencing a global pandemic, these two artists found solace in creating works connected to their city.

“The challenges we’ve collectively faced since the beginning of 2020 brought the restorative power of nature, art, and creativity into sharp focus,” says Stefanie Fedor, Executive Director of the Visual Arts Center of Richmond, “This exhibition, is a beautiful expression of those moments in time, and of our city, as seen through two highly regarded local artists.”

The Visual Arts Center of Richmond hosts at least four contemporary art exhibitions each year in the True F. Luck Gallery. The gallery is open between the hours of 9 a.m. and 9 p.m. every day. Admission to the gallery is free.