The Visual Arts Center of Richmond has announced the regional award recipients of the 2020 Scholastic Art & Writing Awards. 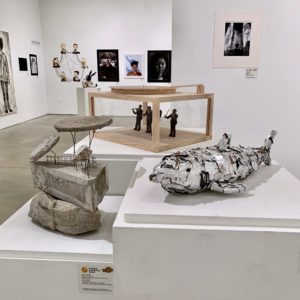 Presented by the nonprofit organization, the Alliance for Young Artists & Writers, the Scholastic Art & Writing Awards are the country’s longest-running and most prestigious scholarship and recognition program for creative students in grades 7 through 12. This year, nearly 111,000 teens submitted their best art and writing in more than 100 regions across the country.

As the affiliate partner for the Richmond area, VisArts received submissions from students at schools in Richmond City, Hanover County, Henrico County and Chesterfield County. Students applied in various categories such as painting, photography, digital art, ceramics and poetry. Their work was evaluated by 60 local artists, writers and art professionals who served as jurors. For the past two years, gold key winners from the Richmond region have gone on to win awards at the national level. 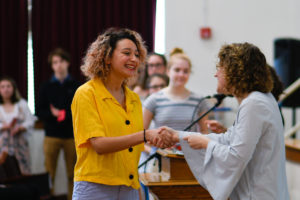 VisArts started accepting writing submissions in 2019. Almost 350 students submitted over 400 writing entries in 2020 and VisArts gave out over 130 awards to talented Richmond writers.

“VisArts is honored to be the regional affiliate for the Scholastic Art & Writing Awards for the third year running,” said Stefanie Fedor, executive director of the Visual Arts Center of Richmond. “We love getting to celebrate the many talented, young artists who live in and around Richmond.”

The works that were selected for awards will be on view in VisArts’ True F. Luck Gallery and throughout the building, from February 8 through February 16.

A reception for all award winners (Gold, Silver, Honorable Mention) will be held at VisArts on Saturday, February 15 from 1-4 p.m. A ceremony for Gold Key recipients will be held on the same day at 2 p.m. at Binford Middle School (1701 Floyd Avenue).

Since the program’s founding in 1923, the Scholastic Awards have fostered the creativity and talent of millions of students, including renowned alumni who have gone on to become leaders in their fields, including Andy Warhol, Truman Capote, Richard Avedon, Philip Pearlstein, and Sylvia Plath. More recently, Stephen King, Richard Linklater, Zac Posen, and Lena Dunham received Scholastic Art & Writing Awards when they were teens.

For more information about the Alliance for Young Artists & Writers and the Scholastic Art & Writing Awards, visit the Scholastic News Room: http://mediaroom.scholastic.com/artandwriting.