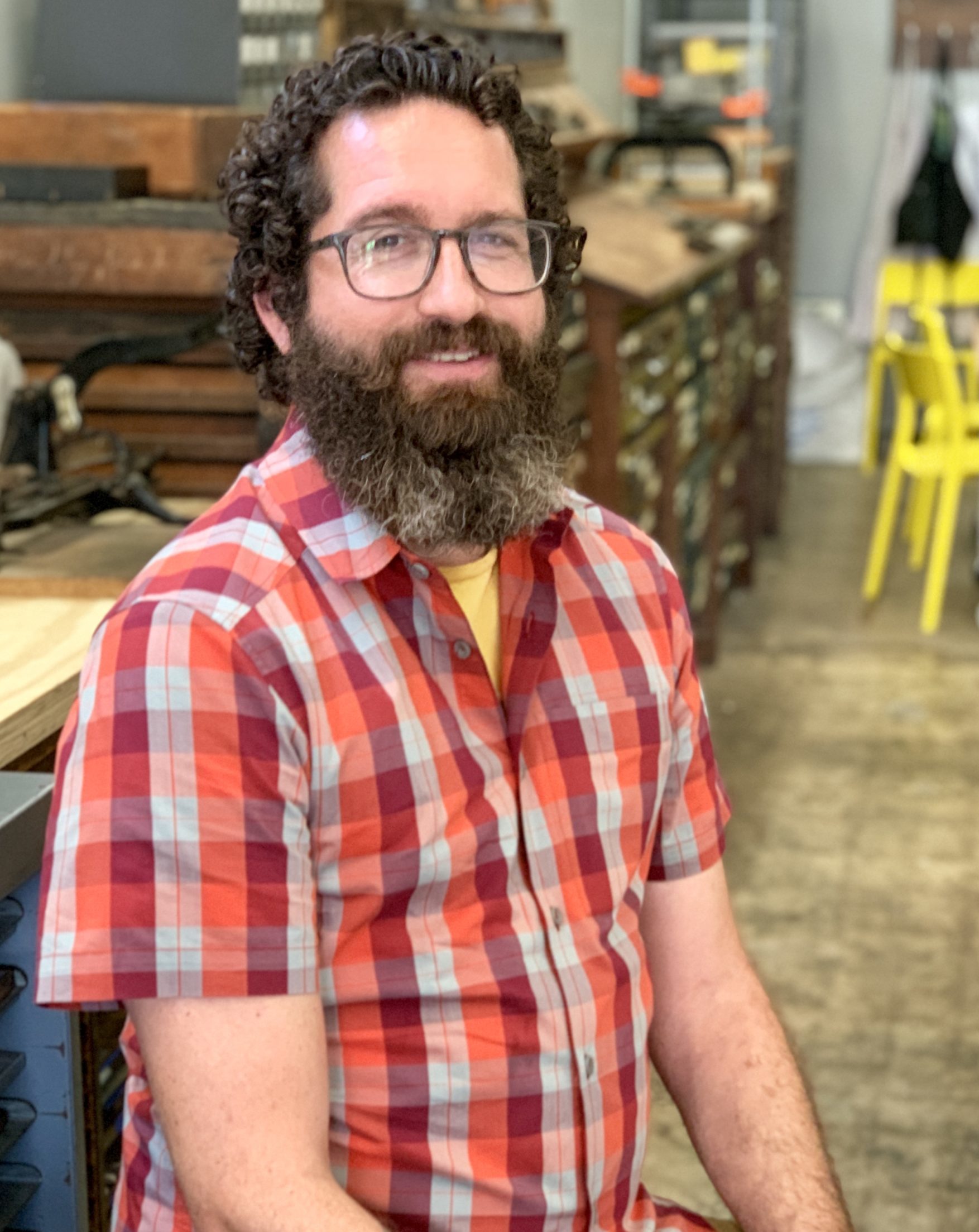 Growing up outside of Boston, Michael Zetlan spent his childhood immersed in the world of books, nature, comics and sports. He was introduced to the world of art by his aunt and uncle, both employees at the National Gallery of Art who helped unleash his imagination. Michael started his college career in Maine at Bowdoin College. He graduated from Georgetown University with a studio art major in oil painting, printmaking and film. In the years following, he continued to create, contributing to projects and shows including record albums, art journals, private shows and the organizing and implementation of a breast cancer awareness festival run by himself and his brother for five years in the New England area. After moving to Richmond, Michael joined ART 180 as a program leader, teaching at Fairfield Middle School and Northstar Academy. He eventually joined the full-time staff as program manager for teen programs as well as gallery manager. In his role at VisArts, Michael brings over 20 years of retail and logistics experience as a regional manager with Crate&Barrel. He lives in Woodland Heights and practices yoga with his wife, son and dog.